BiteFX on iPad Upgrade to V2.3

This upgrade is the long-awaited upgrade that removes the limitations of the number of animations that could be delivered in the BiteFX app on the iPad. Since version 1 of the iPad app we were limited to 72 animations, whereas the Windows version has always supported an unlimited number of animations.

V2.3 now has all the animations that are in the Windows version, groups the animations identically, displaying the group names ("Open-Close", "Guidance and Contacts", ...) and supports the creation of as many of your own (named) presentation sequences as you want to create. 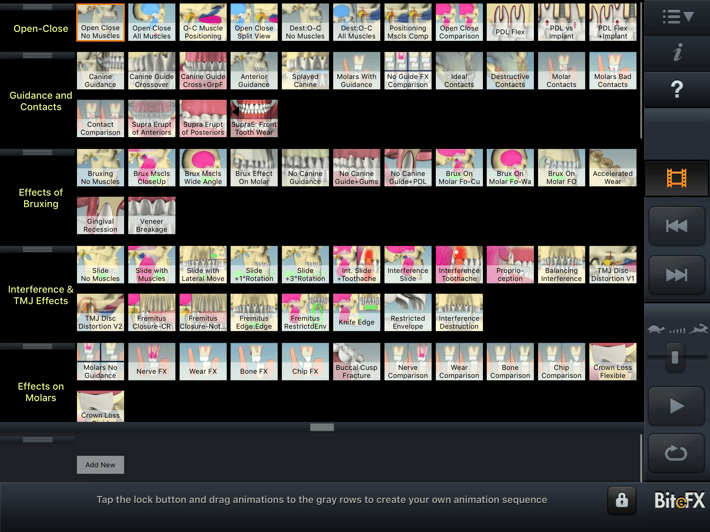 Here is a full list of the enhancements included in this upgrade:

IMPORTANT NOTE ON HOW TO INSTALL!

On releasing the app today we discovered that the App Store Update process doesn't do what we hoped it would do.

Consequently to install V2.3 you must:

If you don't uninstall first, you'll get the new software but the old content and it won't look right. Simply uninstall and reinstall the BiteFX app, following steps 1 to 3 above.