Next in the 3D Views of the TMJ series is:
“Disc Off Front Block”.

This new animation has been designed to show what happens when a disc is entirely in a displaced position (has come off both the medial and lateral poles).

In this state, the condyle can no longer slide forward due to being blocked by the displaced disc. 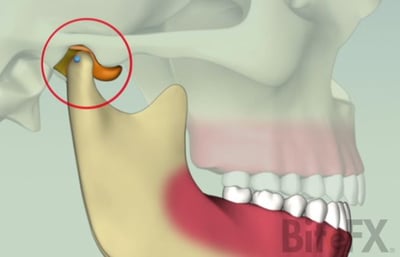 Entirely Displaced (off both the medial and lateral poles)

This in turn leads the bite to open asymmetrically when the jaw attempts to open. 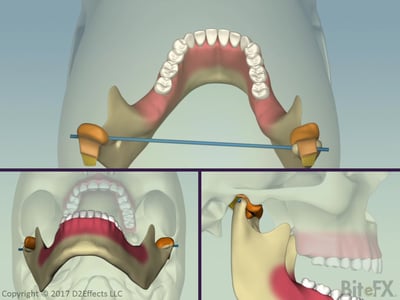 Thanks again to Dr. Drew Cobb, Director of the Core Curriculum at The Dawson Academy, for all his input in creating this series of animations.

Look for this animation in Update 75 on Windows, Update 41 on the iPad.