This animation focuses on the practical consequences of a patient's system permanently learning a reduced "angle of function".

If you restore to what we'll call the original "angle of function" (the red angle in the pictures below) after the patient's system has become accustomed to a smaller (blue) angle with their worn teeth, the patient is likely to keep moving the jaw to conform with the smaller angle. Restorations will be destroyed. 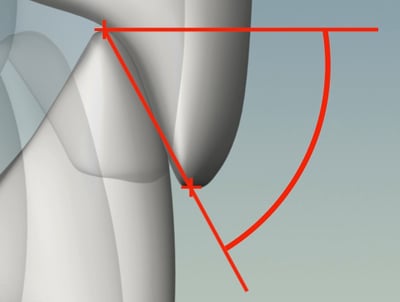 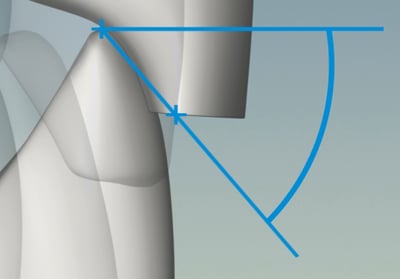 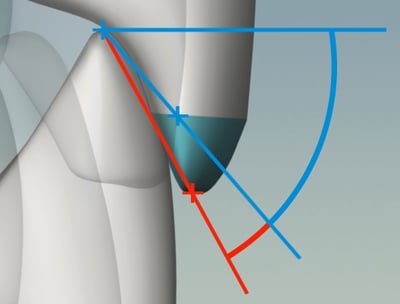 Restoration made to original angle of function 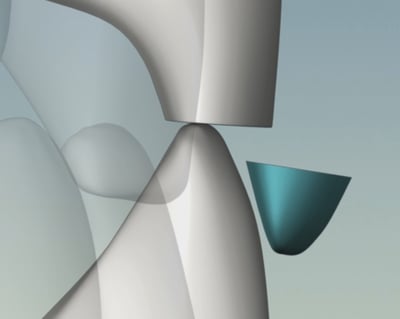 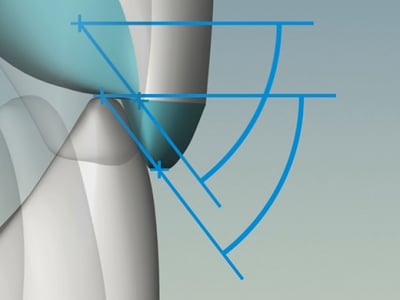 Solution - restore to the worn-tooth angle of function

Dr. Aubé was again the major guiding light in creating this animation - thank you Dr. Aubé!

Look for this animation in Update 80 on Windows, Update 46 on the iPad.