How to Import and Delete Photos with BiteFX for iPad 3.0

From the desk of Stu Harman, our support and coaching expert. In this article Stu provides step-by-step instructions how to import your photographs from your iPad Photos app into the BiteFX for iPad app and how to remove them when no longer needed in BiteFX.

As provided in the BiteFX for Windows software, the latest version of BiteFX for iPad also allows you to import your own photographs and integrate them with the animations and BiteFX-provided photos. Photographs can be imported from the iPad photo app (Gallery), or from the iCloud Drive (iCloud). Here is how you do it:

Navigating to the Add-Pictures Button 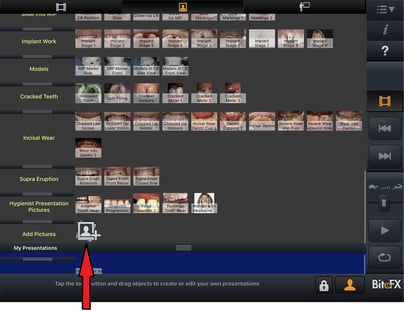 Importing Pictures from the Gallery 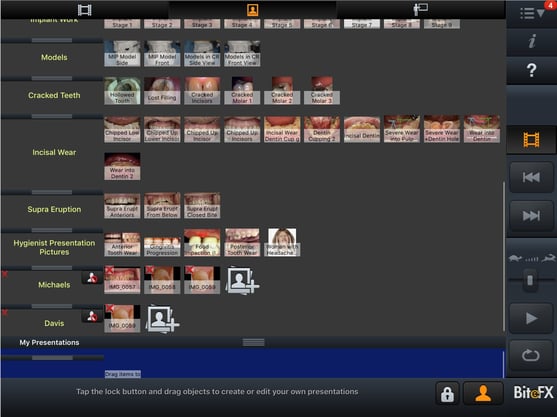 Deleting Individual Pictures From An Album

Deleting An Entire Album From BiteFX 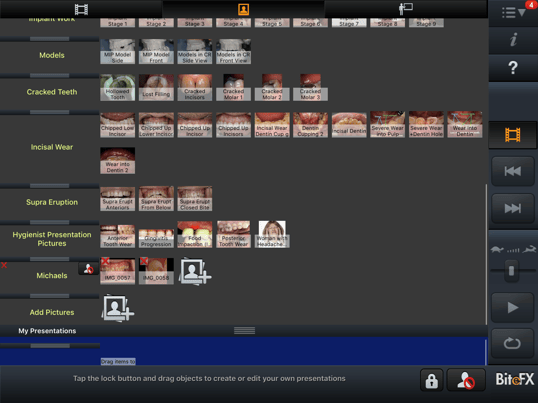 To remove an entire album, tap on the red "X" in the upper left corner of the album name, then tap on Yes to confirm you want to remove it from BiteFX.

If you need further assistance learning how to import and remove your own photos with BiteFX for iPad, please contact us by email at your convenience, or by telephone Mon-Fri  8am–5pm Pacific Time: